Golden Week 2015! Time for another road trip to the south.
Until now Sascha and me only shortly passed through Shikoku. It looked really nice so we decided to spend some more time on the not so famous island.
Because of the long distance we spend one night at MikawaBay on a parking space next to the sea. Very calm and with a nice view to some island.
Next morning we drove to Awaji island, passing the famous Onaruto Bridge from where you can see whirlpools created by mixing the Japanese inland’s sea with the open ocean. Maybe it’s more impressive if you take the boat-sightseeing tour.
But when seeing the coastline of Awajiisland we decide to stay one day and thanks to Google Maps we did not only find a nice beach, but as well a campsite (Fukiagehama Camping Ground). The owners were really friendly, happy about our minor Japanese skills and we could choose any space on the campsite.
After checking the area, where mainly onions are planted, and a nice breakfast on the beach on the next morning, we continued our journey to Shikoku. 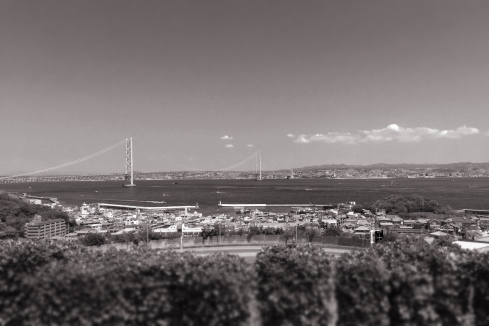 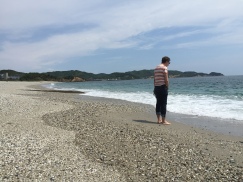 There, first stop was Mt Tsurugi – be aware if you come by car – the roads are verryyyy adventurous. Steep, narrow, old serpentine roads up the mountain. We met some friends at the lift station and spend the night on the parking area, to be early for the hike on the next morning. After a 4hours hike (you can shorten it by taken the lift) we enjoyed a beautiful view over the landscape – but we had to share it with a bunch of people due to golden week travel time.
Being in the mountains already we drove to Iya Valley the next day. Again winding roads along river gorges and through old, small towns, ending up at a gorgeous onsen! You have to go by cable car 200 meters down to enjoy the bath next to the river. Worth the travel time 🙂
Next stop: Beach! Driving along the beautiful Shimantogowa including some stops for lunch at the river, we ended up at the sea side of Shikoku in the south-west. The beaches in Futami as well as on Tosashimizu are quite famous for nice waves. Even so the weather was bad on the first day it was crowded by Surfers. So we just pitched in!
But Tosashimizu does not only have beaches so we made a bike tour along the coastline up the southern point of the peninsula. Sun was burning and we had to paddle up 9km first, followed by 30km beautiful coastline.
Impressed by this very calm atmosphere of this part of Shikoku we drove further along the Ashizuri sunny road, ending up at an even nicer lagoon. The parking space included shower and barbecue place, so we just had to stay 🙂
Good decision! The area has very interesting volcanic stone formations which can partly be hiked along the coastline, and an Underwater Observatory. And guess what – I never saw that much Puffer- and Box fishes! Afterwards I learned, this area is famous for diving, so if you ever go there please try! 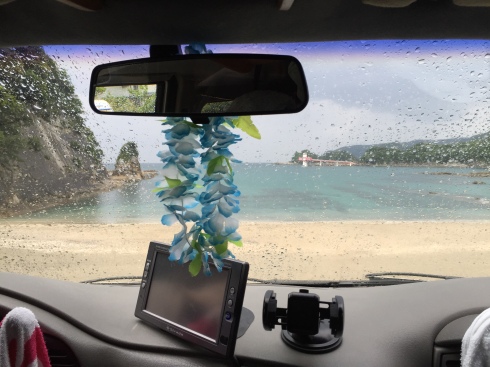 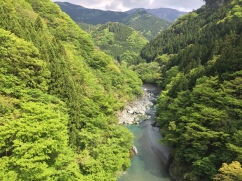 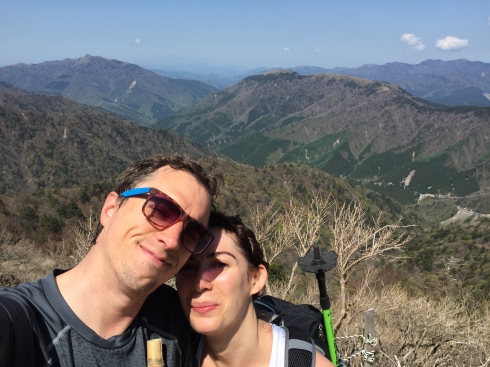 What to do in South-West Shikoku

Being on road trip mode already we drove further to Sokumo Bay, Close to Otsuki. Landscape is getting rougher here, but the water is impressively blue. What else so find here? The whole area contains of small fishing villages and mikan (sort of oranges) plantations. No Kombini, No big cities….
100km further in Ehime, we stayed on the あけはまオートcamping ground next to another white sandy beach, blue water and no person there. When arriving, we were watched a little bit sceptical at first, so I guess not many foreigners haves been here yet. But after the first shock the atmosphere got very friendly 🙂
Last stop on our trip, after a short visits of the Matsuyama castle, was the inlands-sea-island-tour. We did this as any good tourist by bike with a one night stay at the sun set beach on Ikuchi Island. Also here the parking area provides showers and barbecue areas and … a nice sunset!

The butt hurts, 10 days travel done – time to head back home! One last Ramen (noodle soup) in Onomichi and we were back on the road to Tokyo…
Shikoku? Beautiful underrated island! One of the most beautiful spots of Japan from my point of view!

Beach at the western coast of shikoku 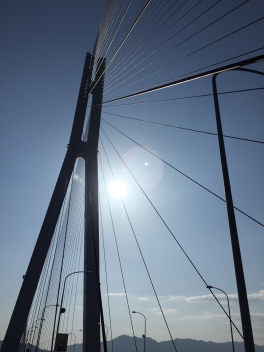 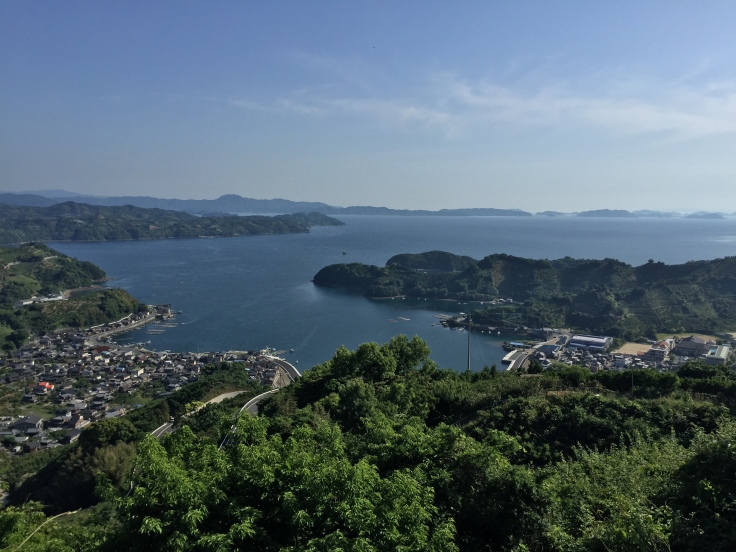 1 thought on “Shikoku – Roadtrip around the underrated island”

Where is Klaus now?